In 2007, THE DAY I HIT A HOME RUN AT GREAT AMERICAN BALL PARK was published and the author is currently touring the United States and abroad promoting health and family literacy and teaching students how to become more effective readers.

One of the best ways to get a student actively engaged in reading is to create a local baseball book for kids that a student can relate to. Kids remember the first time they stepped into a local MLB or minor league ballpark and saw their favorite player playing on real turf the game they love. This is why I have created local baseball books for local sports fans.

Dr. Paul Michael Mullen was born in 1960 and is the youngest boy in a family of eight. He was heavily influenced by his father to begin his career in engineering. After receiving his bachelor’s degree in Industrial Technology, he left the United States Air Force as an E-5 and worked at Rockwell as an engineer on the B-1B Bomber in Palmdale, California.

He continued working in industry and continued attending evening school receiving his MBA from Indiana Wesleyan in 1984. After receipt of his master’s degree, he accepted his first management position at The Miller Group in Schuylkill Haven, Pennsylvania, manufacturer of T-shirts and sweatshirts.

While on sabbatical at Indiana University and attending his summer internship for his doctorate’s degree in motivational theory, he believed he had a more important mission, and so he wrote SOME THINGS I HAVE LEARNED ALONG THE WAY—a self-help guide still available for sale on the used book market.

Author Dr. Paul Mullen continued working in industry rising to an executive staff position as operation’s manager for United Air Specialists and Armor Metal. And yet within himself, he knew his chosen career path wasn’t manufacturing. He wanted to help inspire children in need.

After resigning his post at United Air Specialist, he took the opportunity to teach struggling eighth-grade readers at Hardee Junior High School in Wauchula, Florida where he discovered his true calling as an author/educator. In 2007, THE DAY I HIT A HOME RUN AT GREAT AMERICAN BALL PARK was published. In 2008, THE DAY I HIT A HOME RUN AT PRINCIPAL PARK which became a top-selling sports book in Iowa. Now, Dr. Mullen is writing several more popular baseball books intended for Yankee, Rangers, Las Vegas 51 and Durham Bulls fans. He has also worked with Emma Walton Hamilton on a picture book series. The first picture book for release is titled A BIRTHDAY WISH. As an author who speaks at schools, it is Dr. Paul Mullen’s mission to inspire over one million students to believe in dreams.

Dr. Mullen has two college-educated children. He lives on a small, organic farm in Ohio where he raises horses and plants a big garden in the spring.

In loving memory of our beloved Pepper 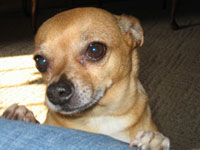